I just wanted to say I have had the best year teaching your lovely children and I wish you all a safe and happy holidays.

In week five we created the life manuals and we made our recipes. Last week the talent show/West Denton’s Got Talent took place. There was lots of people, who had lots of different talents and they were all amazing, other people did singing, gymnastics and

dancing. Some  children even did karate which was unexpected yet outstanding.

On Wednesday we did Spanish and the class read out their PowerPoints on Spanish Festivals which are: La Tomatina, ‘Day of the Dead’ The running of the bulls and Las Platos. We also made our recipes - there was many different categories of foods just to let you know they are healthy foods!

On Friday 8th July the whole of key stage 1&2 went to Newbiggin by the Sea and it was very fun and all of us had a great time.

On Monday the class of year 5 finished their live tales booklet called the Mystery Man and the Pickle Disaster , we were allowed to take them home.

On Tuesday we did Science  and in Science we carried out an experiment of reflecting lights which was very fun.

We finished are book Dragon Mountain and it was amazing.

On Thursday we did Reading Plus and Doodle then we did Bamboo Tamboo it was really fun and we developed lots of musical skills..

Today we did  we were in the allotments and we where doing some sketching by the super bloom flower crown.

This blog has been completed by Lillie-Mae and Ellise as part of our Computing curriculum.

What a busy week starting with Hat Trick PE, the Tower of London on Tuesday, sewing on Thursday and the WDPS Talent Show on Friday. 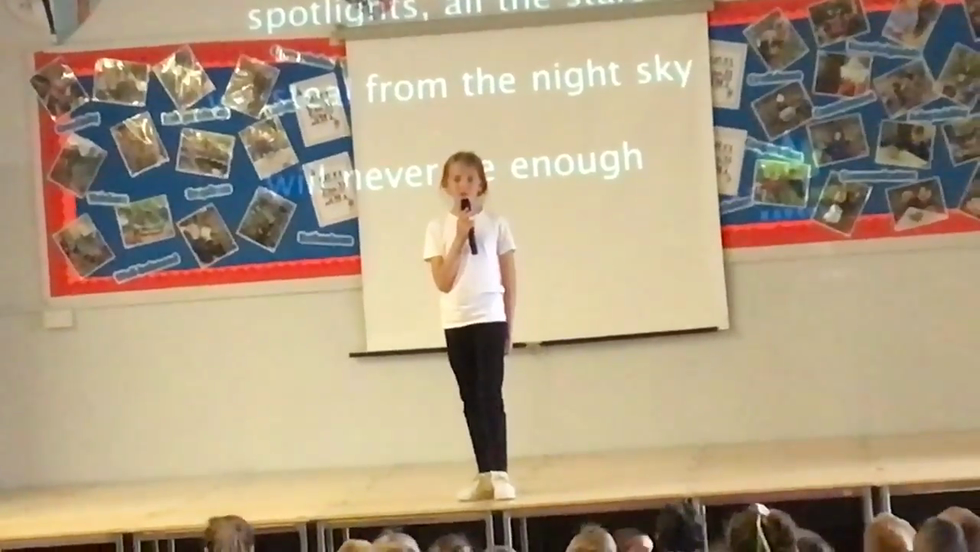 This Week In Photos

On Monday, we were treated to our second session of Hat Trick PE and football was the game which we were focusing on where we played some skill development games and then participated in a tournament. At the end of the game, we talked about who we thought stood out the most and why. This was a really good way for us to communicate and socialise with others.

Earlier on Monday, we talked about relative clauses involving the book we are currently  reading, called Dragon Mountain. For example Year 5, who are reading Dragon Mountain, are really engaged with the class text. The other relative pronouns you can use are where, who, which and that. Why not have a go at making some up of your own.

On Tuesday, we also learned even more about Chinese art, such as calligraphy and explored the theme in willow patterns on pottery. We also learned how to use the ink pens in different angles as well as how to do different strokes when writing our names while developing our calligraphy skills.

By Brandon and Fay

This week, the Year 5 children have been sculpting Chinese dragons; the pupils enjoyed this activity a lot. We learned how to sculpt  using shaping tools. The pupils also learned how to use different textures and techniques once the dragon's bodies were formed. We made them using clay and a tiny bit of water, which is called slip, this stuck two pieces of clay together.  All of us enjoyed this marvelous activity.

Not only did the Year 5 sculpt, we also learned different brush techniques when painting bamboo with ink. This was the start of our Chinese topic The Four Gentlemen. They the four gentlemen are bamboo, plum blossom, orchid and chrysanthemum. For some strokes we had to keep the brush horizontal, for the trunk we dipped half of the brush into the ink and used it on its side to create a thicker stroke. Finally, we put all the things we learned together and made one big picture.

On Friday, some of the parents/carers of the children, came to our school to experience the pupils' Bush Craft lessons. We did a carousel of activities. In the bush craft area there was a fire and you could toast marshmallows, make paracord people and drink hot chocolate. Later that morning, the parents went litter picking with their children. However, Mr. West nearly stole the show with his top of the range pizza oven and he treated the children to a slice of pizza or two.

Could this week have been any busier and we hope you enjoyed our blog.

Stop press! This week in school, Miss Croll has let the children create our weekly blog. Speaking of blogs...What is a blog?  In class we have been learning about and describing the real meaning of what a blog is. As we type this, we are all doing our own personal blogs about our favourite memories from this year.

Not only have we been Computing experts, we have also been doing Irish dancing in PE. Our feet were going so quick we almost fell over! However, we really enjoyed it and everyone's faces were purple after which meant we all worked extremely hard.

In Maths we have been learning about adding and subtracting decimals within one whole. Top tip- when adding decimals always make sure the decimal point is lined up and don't forget a zero as a place holder.

Strictly speaking, sometimes our blog is actually vlog. What is the difference we hear you cry? A blog has mainly photos and information whereas a vlog includes videos too.

We hope you have enjoyed our weekly blog/vlog. Each week, other children in our class will take a turn at updating our page so watch this space! 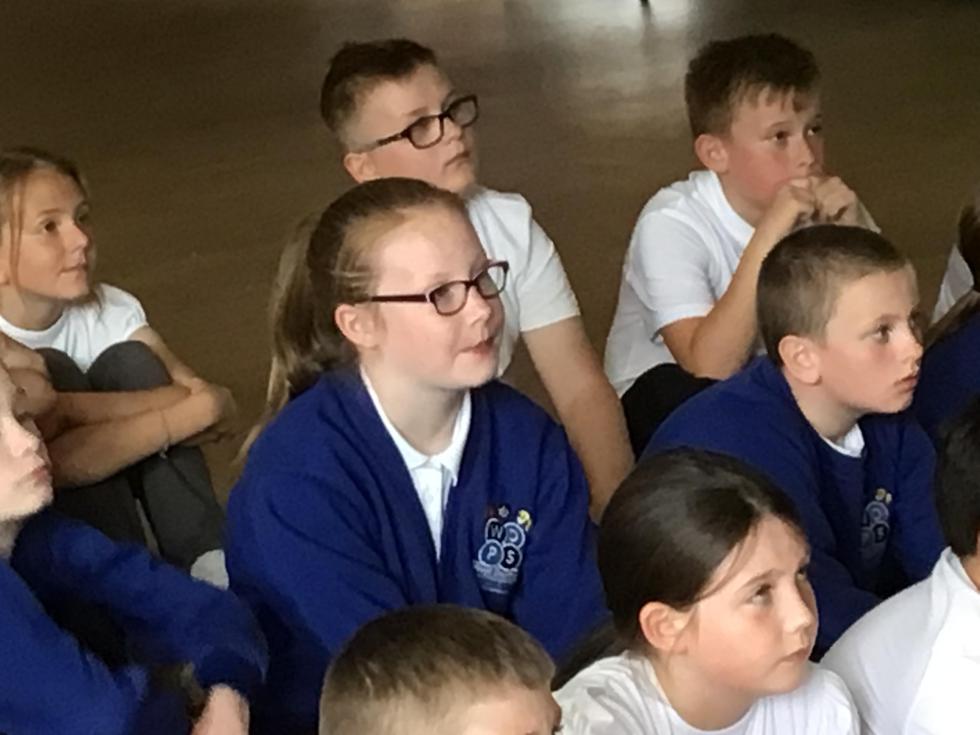 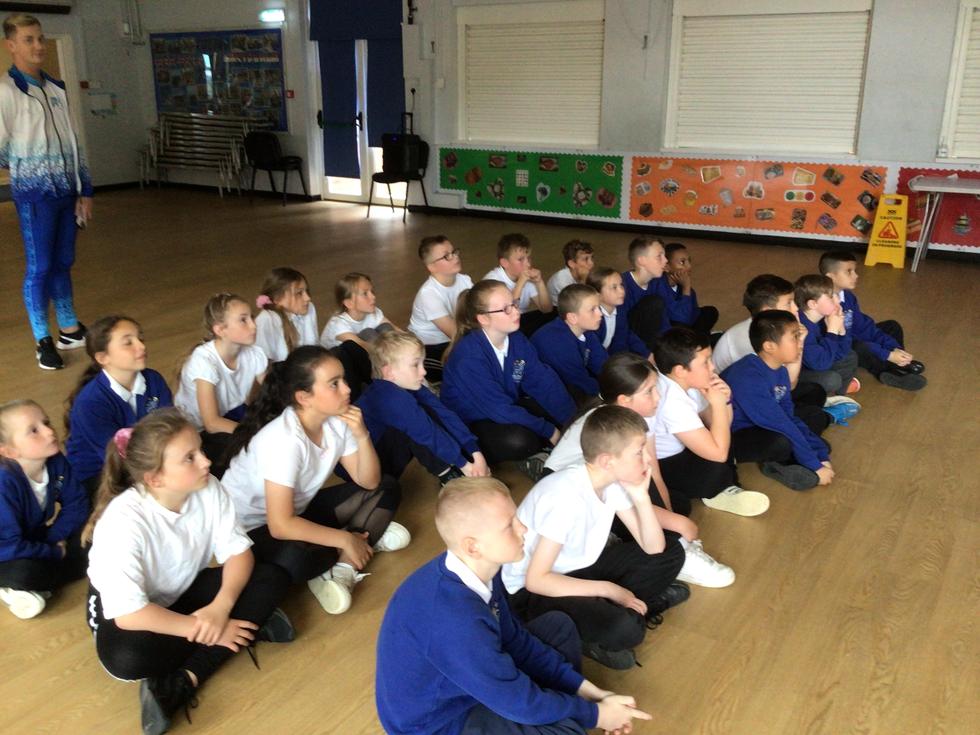 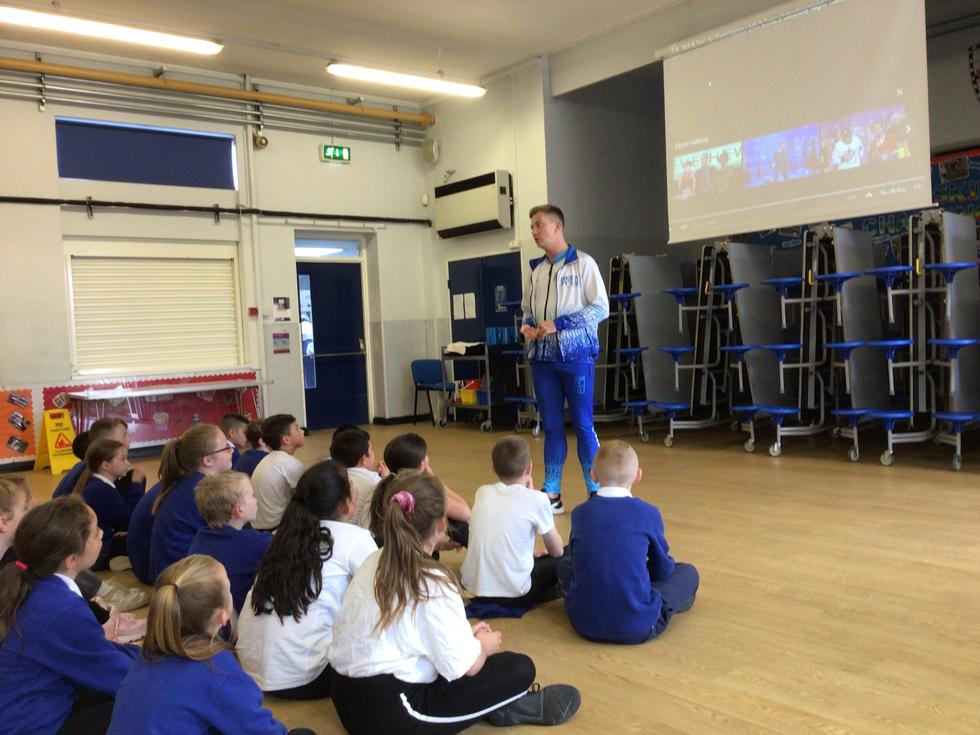